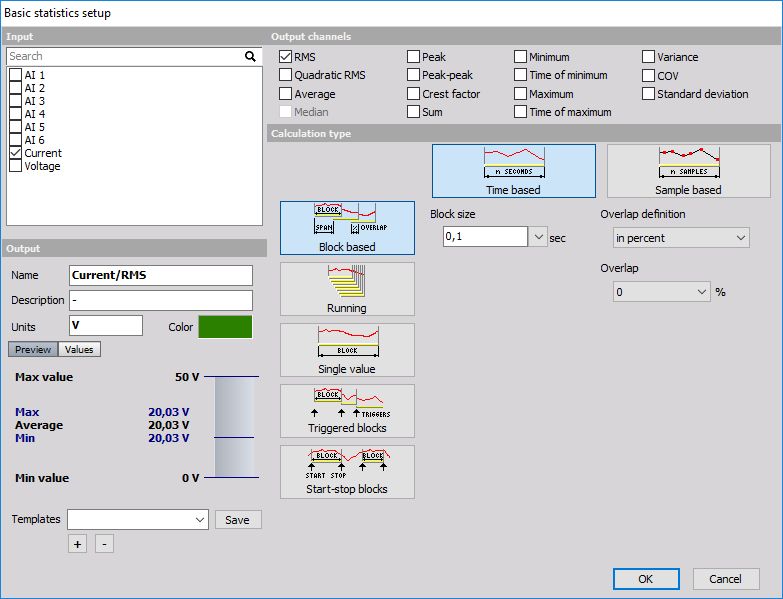 The statistic module provides basic statistical quantities of the signal. There are five basic calculation modes:

To select statistical function simply click (check) on the box beside its name on OUTPUT CHANNEL section:

Block based calculation calculates the statistical quantity based on specific time interval defined by the block size. 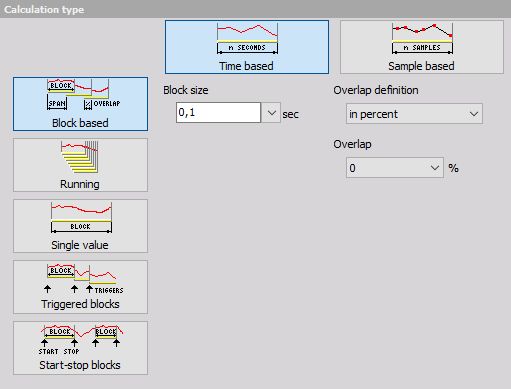 Overlap can be defined:

Running calculation is an ‘extreme’ version of overlapping. The second block is calculated after one sample after the first block. Block size has the same meaning as for block based calculation.

With this method, we can only calculate RMS, Average, Quadratic RMS, Variance and Standard deviation statistical functions, because all others would be too intensive (especially minimum and maximum while all others relate to those two). 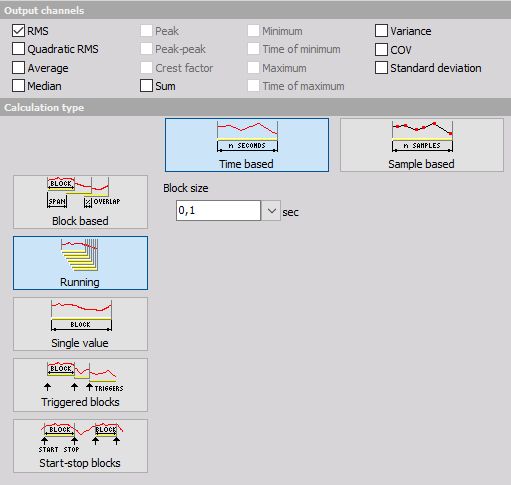 Single value is the simplest calculation and has no settings. It will produce only one value at the end of the measurement. The result will be updated also during the measurement, but only the final value will be stored in the data file. 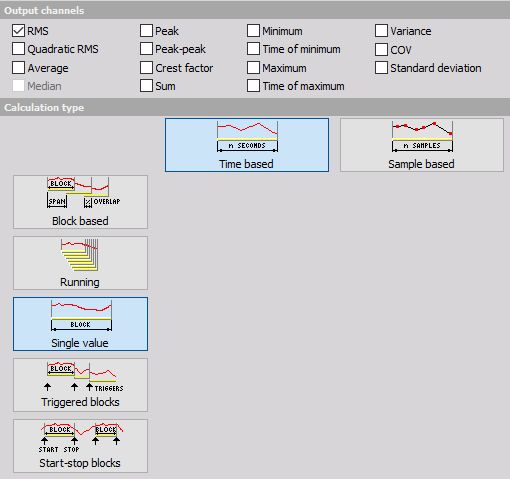 Triggered blocks option calculates the statistical value based on a specific trigger event. The calculation begins at the start of the acquisiton. When a trigger event is recognized, it stops the first calculation, writes the statistical value with its timestamp and then starts to calculate a new value. We can define any channel as the trigger channel and the settings for the trigger condition are the same as the alarm or storage triggers. 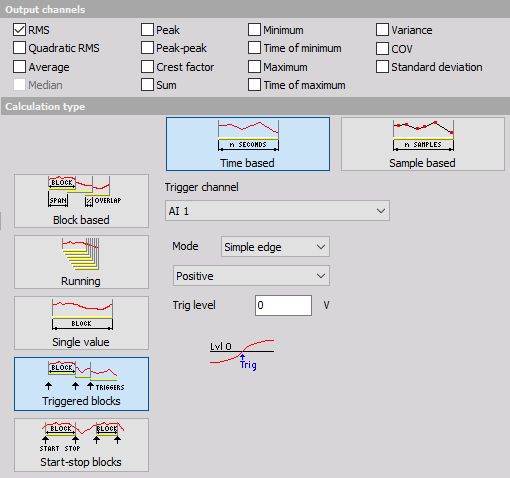 Start/stop blocks option calculates the statistical value starting at a specific trigger event. When an event is recognized, it starts to calculate. When a stop condition is recognized, then the value is written to the resulting channel with the time stamp of stop event. It will wait with the calculation until the new start event is recognized. The start and stop channel can be any channel, also a different one and the trigger condition have the same options as the alarm or storage triggers. 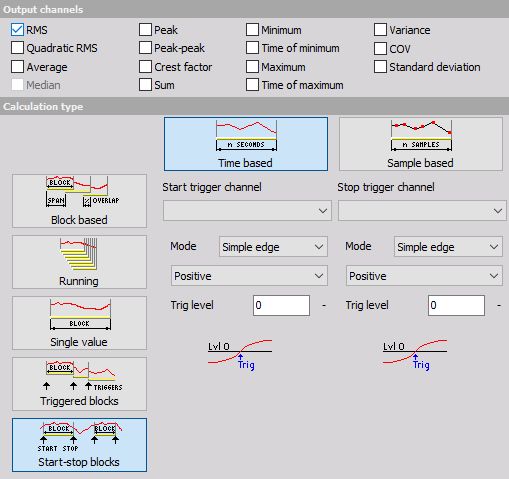