When channels from one data file have to be merged/compared to another data file, you can use the import functionality, with which we can import selected channels into the current file.

How to import channels

Open a destination data file, then go to Setup and add the Import option by clicking more. click on the Import and all the settings will show up. To add data files, from which you want to import the channels, just click “Add file(s)”.

After you add the files, channel selection screen will appear, where you can select the channels you want to import. To select the wanted channels, you have to change the status of “import” to yes. When all desired channels are selected click “Import Channels”.

If the import was successful, you will see a message saying “Done!”.

In the “Review” tab the imported channels will be added to the channel list into the newly created “Import” folder.

You can select from 4 different import references: 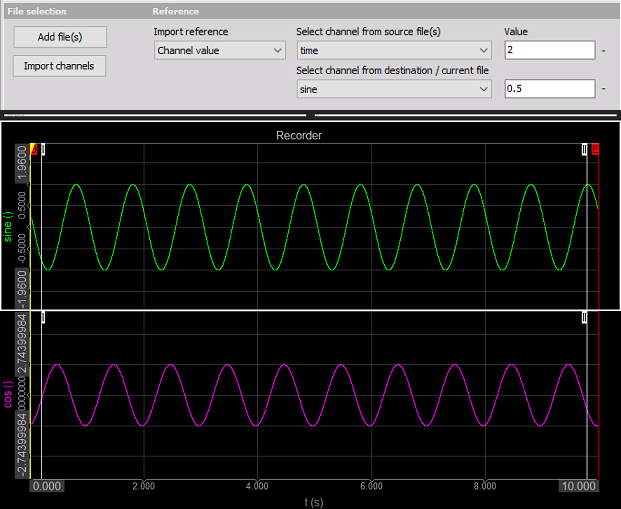