After we press add new Fatigue analysis module screen like this will appear: 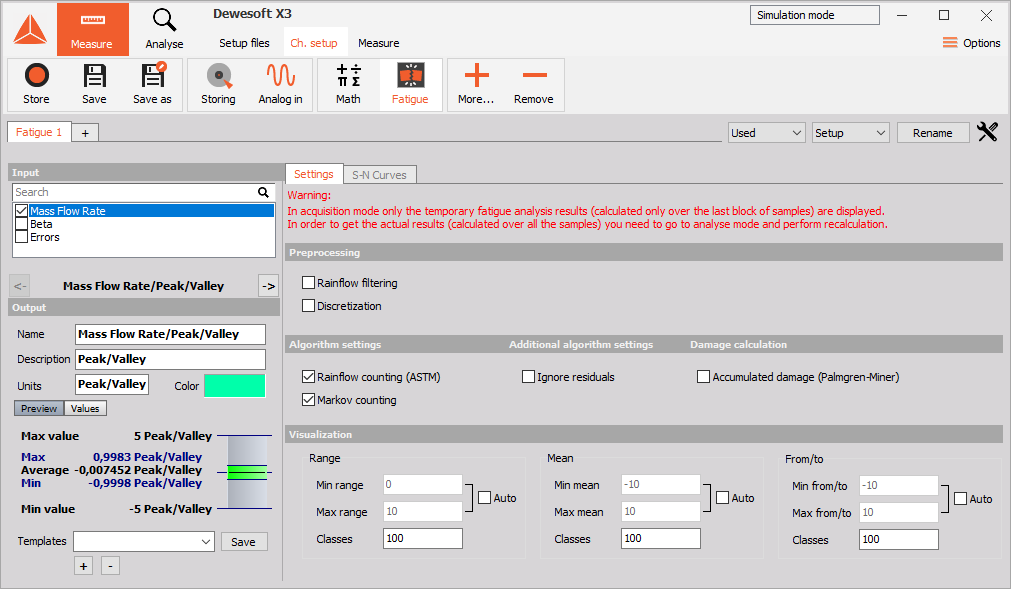 The module is organized into three main sections:

Rainflow filter (also called the hysteresis filter) removes small oscillations from the signal. All turning points that correspond to the cycles with the ranges below the given threshold are removed. Higher the threshold, more turning points are filtered out, and vice versa. The rainflow filtering can significantly reduce the number of turning points, which can be of importance for both testing and numerical simulation.  Threshold parameter of value T corresponds to the T% of the absolute load signal range.

Discretization filter divides the range of a load signal into N equidistant bins and assigns each turning point to its closest bin. Load signals are typically very stochastic, therefore, discretization is often applied to make them flatter and less stochastic. The number of bins is adjusted with the Class count parameter.

Markov counting is one of the most straightforward cycle counting methods. It operates on consecutive pairs of turning points and calculates absolute ranges between them.

Rainflow counting is generally accepted as being the best cycle counting method up to date and has become the industrial de facto standard.

To calculate overall damage on the material, first check the box titled Accumulated damage. Then you need to define the correct S-N curve for your material in the S-N Curves tab. 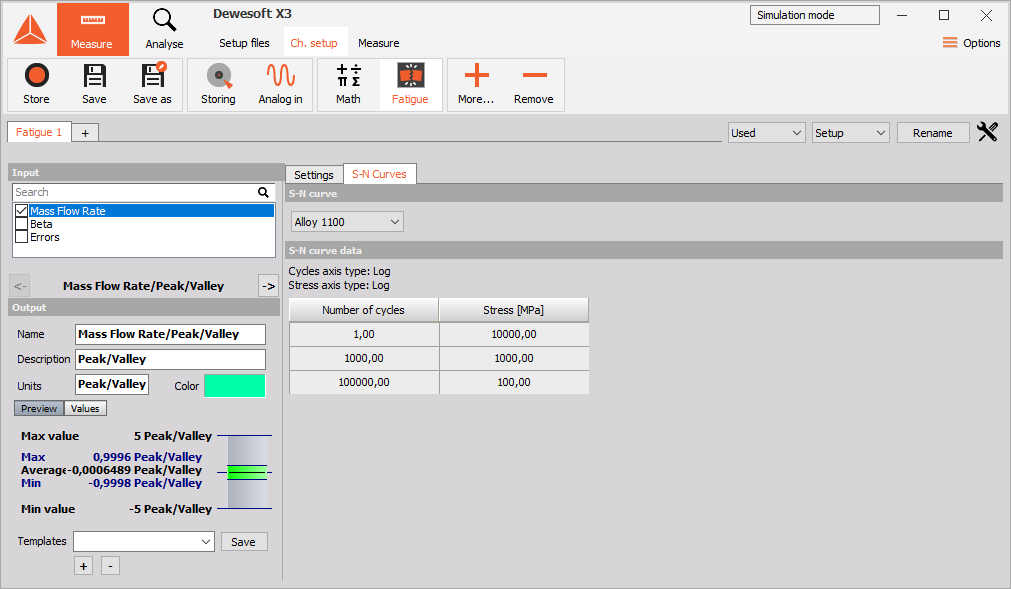 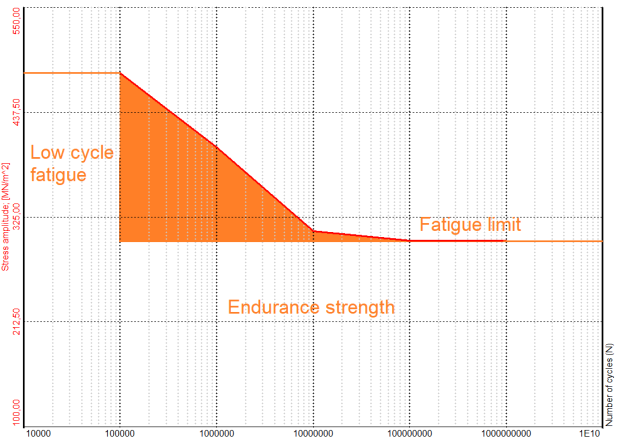 As seen from the image above for this specific S-N curve, only the damage calculated from the stress levels and cycle numbers inside the orange area will be added to the overall damage calculation.

In order to graphically represent the results the Fatigue Analysis Module uses the most common visualization techniques used in fatigue analysis: range histograms, from/to matrices and range/mean matrices. When an input channel corresponding to a load signal of interest is selected, the following new channels are mounted:

NOTE: The channels marked with 2-D and 3-D correspond to 2-D and 3-D graphs, respectively. The channels corresponding to the Preprocessing section represent intermediate fatigue analysis results and serve for information purposes only. 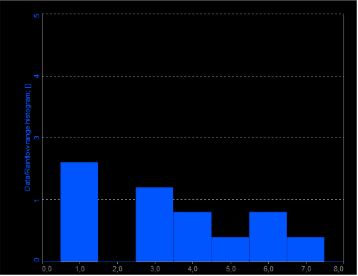 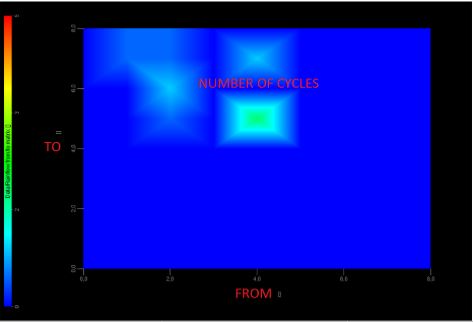 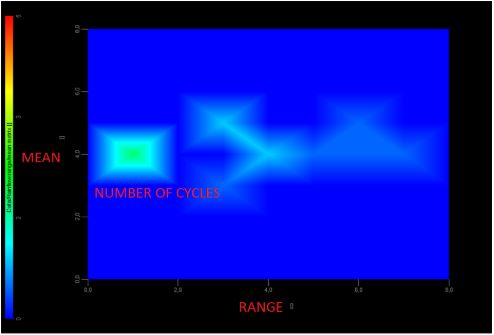 The visualization section is organized into three groups:

Each group controls the appearance of the corresponding graphs. For instance, Range group controls the appearance of the range histograms and the range/mean matrices. Min range and Max range parameters specify the minimum and maximum of the range axis, whereas Classes parameter specifies the number of classes the range is divided into. When Auto check box is ticked DEWESoft automatically calculates Min range and Max range from the input signal. Exactly the same concept goes for the Mean and From/To groups as well.