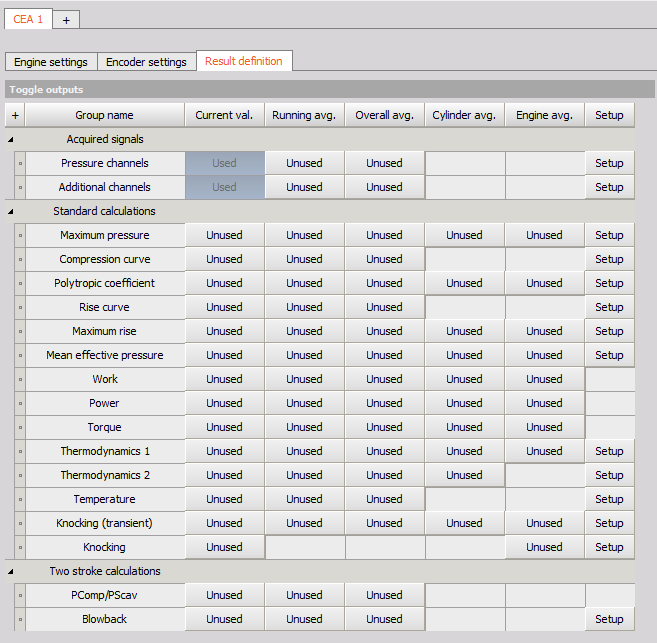 You can can get different outputs from the CEA:

You can select different Output type as well: 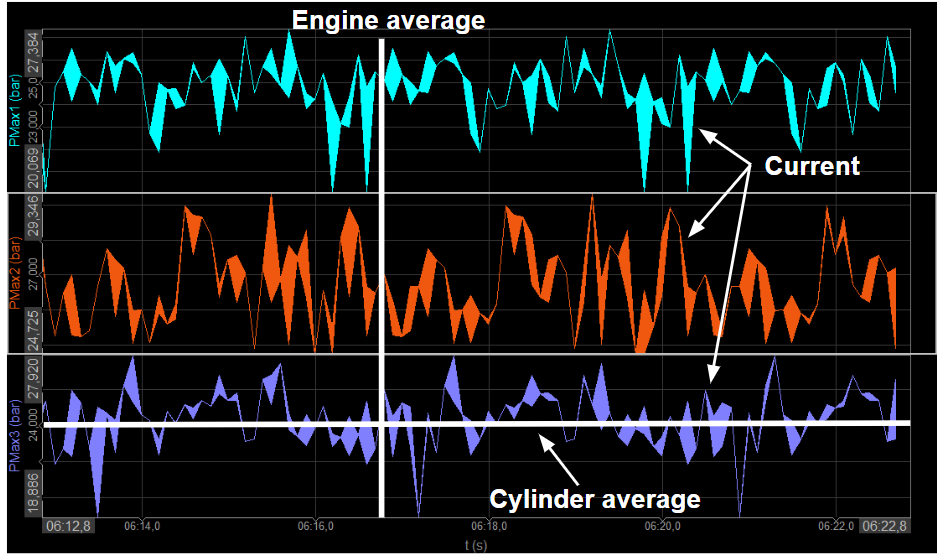 Both Pressure channels and Additional channels located under Acquired signals group are primary outputs from the CEA and their current value is needed for further calculations. That is why they are by default defined as Used channels as well. You can additionaly define also other Output Types to them.

The start-angle, the stop-angle and also the step size must be defined.

Settings and entered values for this Thermodynamic 1 & 2 CEA outpur are divided into 2 or 3 sections:

Output channels: KP_Int (Knock Integral) - Delivers the integral of the superimposed, rectified knock oscillation. KP_PK (Knock Peak) - Delivers the absolute maximum of the rectified knock oscillation superimposed on the cylinder pressure. KP_EV (Knock Event) - Binary value (1/0) which indicates whether the current engine cycle was classed as knocking or not. KP_Frq (knock frequency) - Specifies the number of detected knocking cycles within the last ‘n’ cycles (‘n’ is predefined by user). 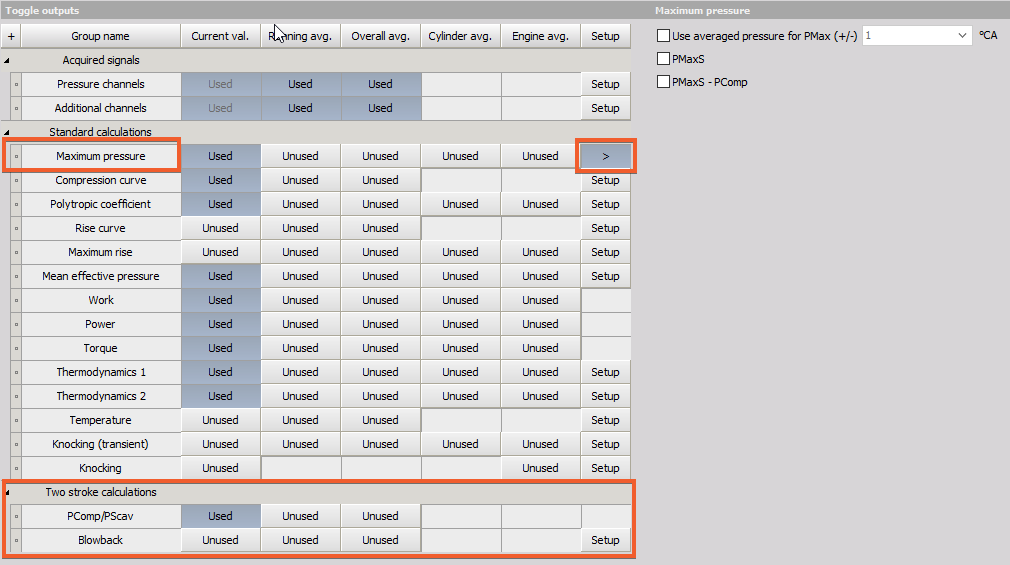 PMaxS is the average of +/-5 samples from the maximum pressure at +- 0.1 deg angle resolution.