When you choose any of Dewesoft Math setup screen buttons with specific Math function (e.g. formula button), a new Math channel is displayed:

The columns in the new Math line look similar to the analog channel setup:

In first channel row of C column symbol of Formula is displayed and in second row of C column is C color selector for this channel (also show momentarily selected color) -> see below - Name column.

In first channel row of Name column the symbol with title Formula is displayed.

In second channel row of Name column the name of the output channel created with the formula is displayed.

In this section, you can change the predefined default minimum value of the graph scale.

In the first channel row of Value column the description of math module is displayed. For formula a symbolic record of the formula is displayed:

In the second channel row of Value column, the live preview of the calculated value is displayed.

The math can also have several output channels for one input channel. The example is Statistics, where we can calculate RMS, AVE, MIN, MAX,… values for each input channel.

If there is an error in the math module, the error caption will appear:

There are several possible errors:

In this section, you can change the predefined default maximum value of the graph scale.

In the unit column, you can enter the unit of your choice, that will be displayed beside the calculated results.

When you press the Setup button in SETUP column of Math setup screen, the window will appear depending on the selected module. 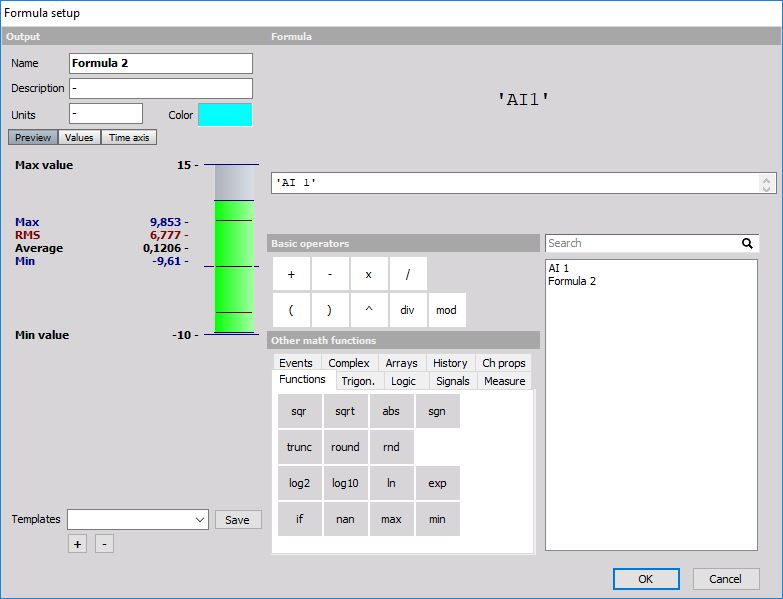 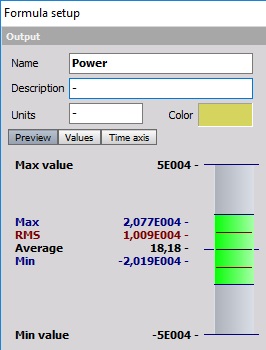 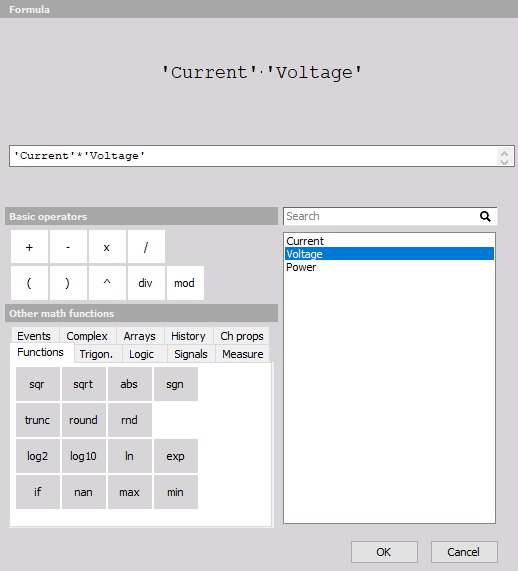