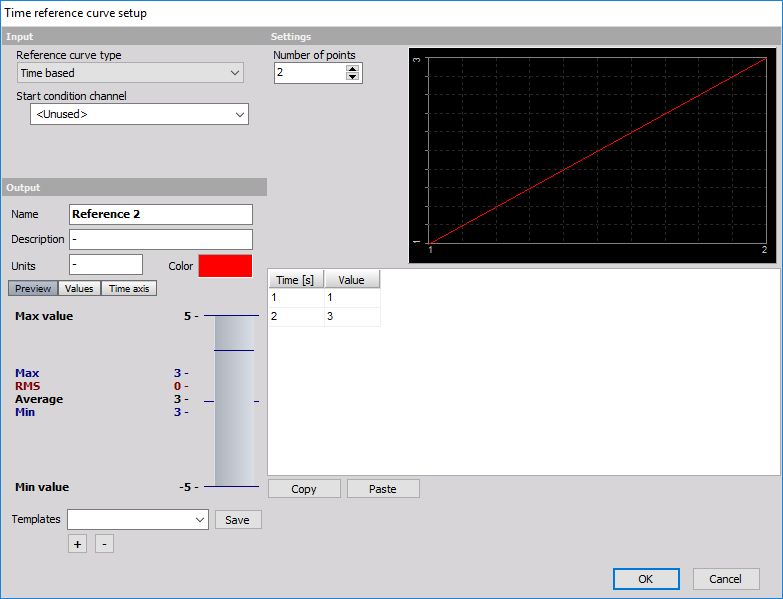 In this field we can select Reference curve type from the drop-down list:

We can define for each curve starting criteria. If the Start condition channel is not defined, the curve will start at beginning of the measurement. Maybe it would be nice to define to start the test on a channel which measures vehicle velocity, but then we have also to define the limit Start if a value above (this field appear only when Start conditional channel is selected - default = \<Unused>). In our example we could enter for example 2 km/h.

Next step is to define Number of points and the points themselves in the list. In our case we would have four points, so we enter this in the field.

A table will show four empty rows. Now we enter the time points and the values. In our case it will be: 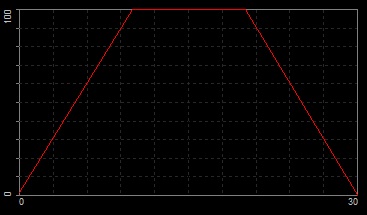 Then we can use the formula math channel to see if we are in between or out of the limit. We can for example calculate:

This will give a number of 1 if the absolute difference from reference curve to the measured signal is above 5 km/h and 0 if the difference is lower.

A single value based reference curve can be understood as a sort of non-linear scaling. We need to define a First reference channel,

Number of points and a table with the values of reference and output channel. 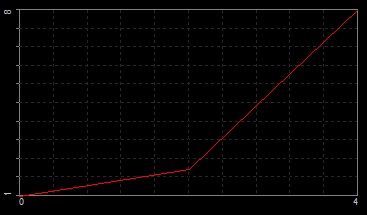 Then we need to enter the reference values in the list. 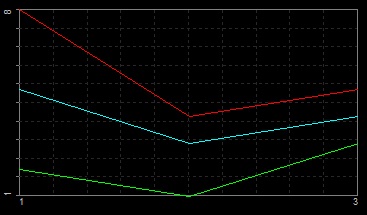 A good example of using dual reference curve is to define the limit oil pressure referenced to RPM and the oil temperature.