The filter is standardized and as such used mainly in automotive industry for crash and impact testing measurments. Dewesoft CFC filter is in compliance with ISO 6487 and SAE J211 international standards. 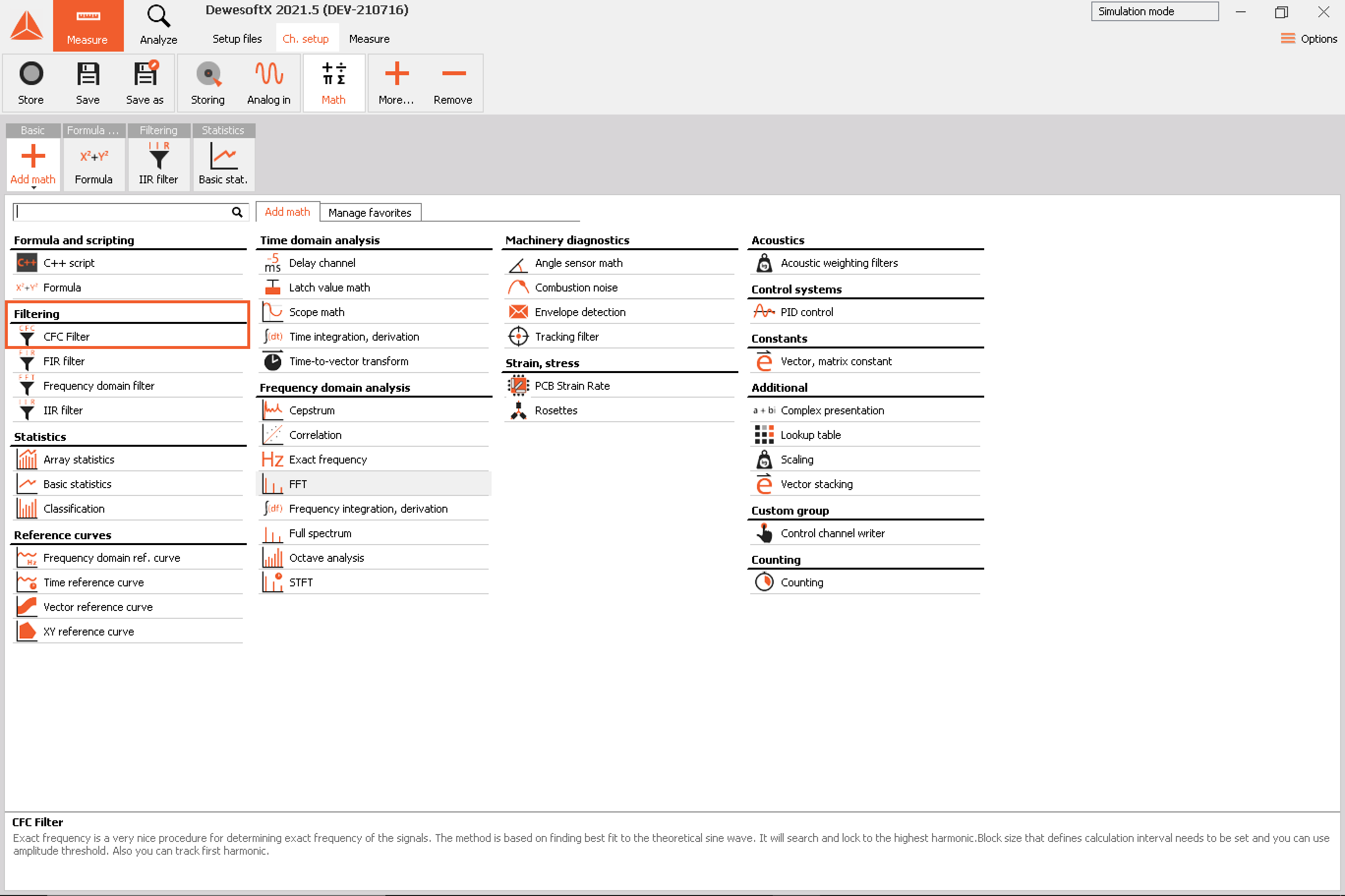 Assign the desired input signals by selecting them from the input channel list on the left side of CFC filter math setup screen: 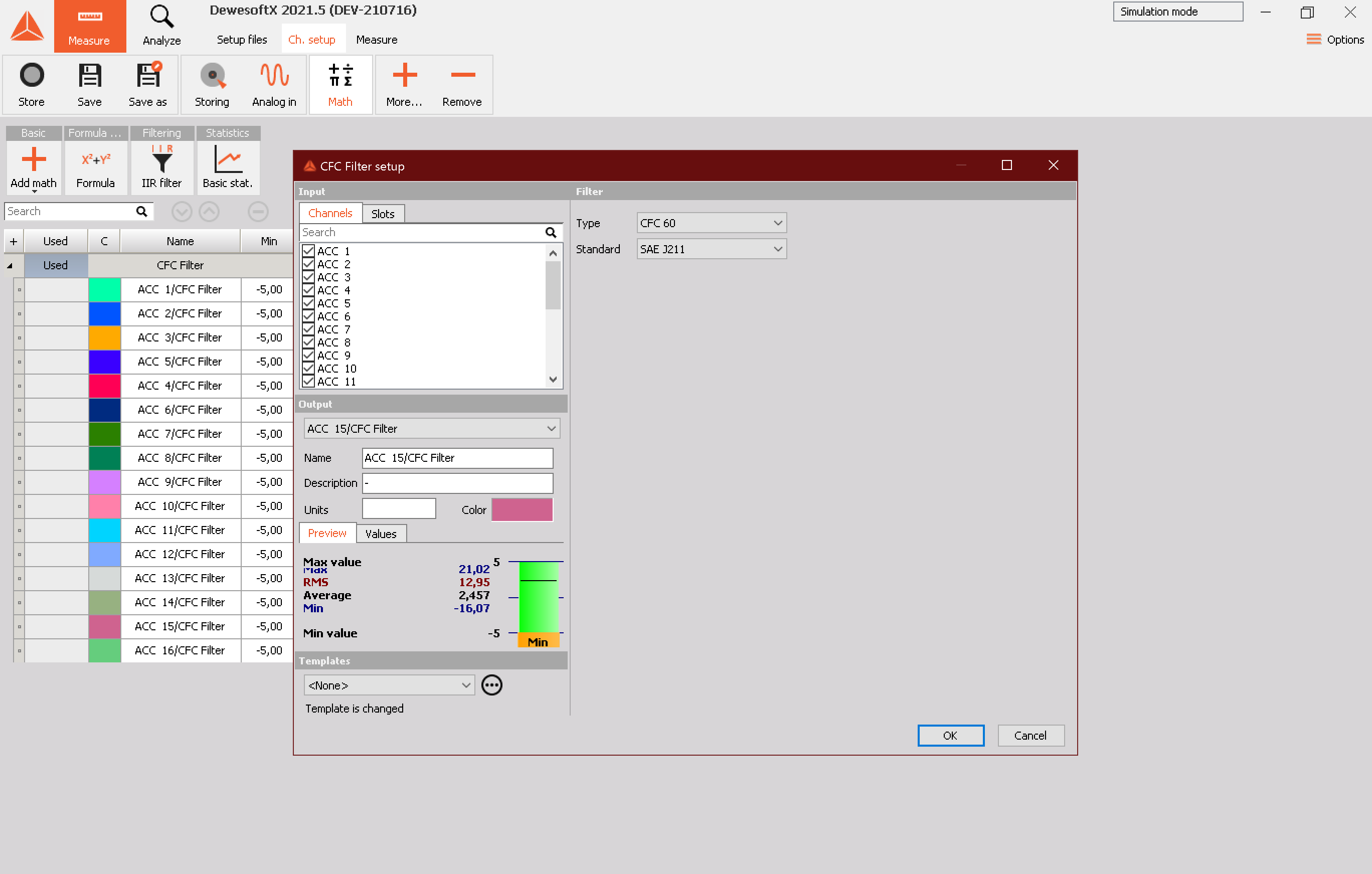 Select the desired standard for calculation, supported are SAE J211 and ISO 6487: 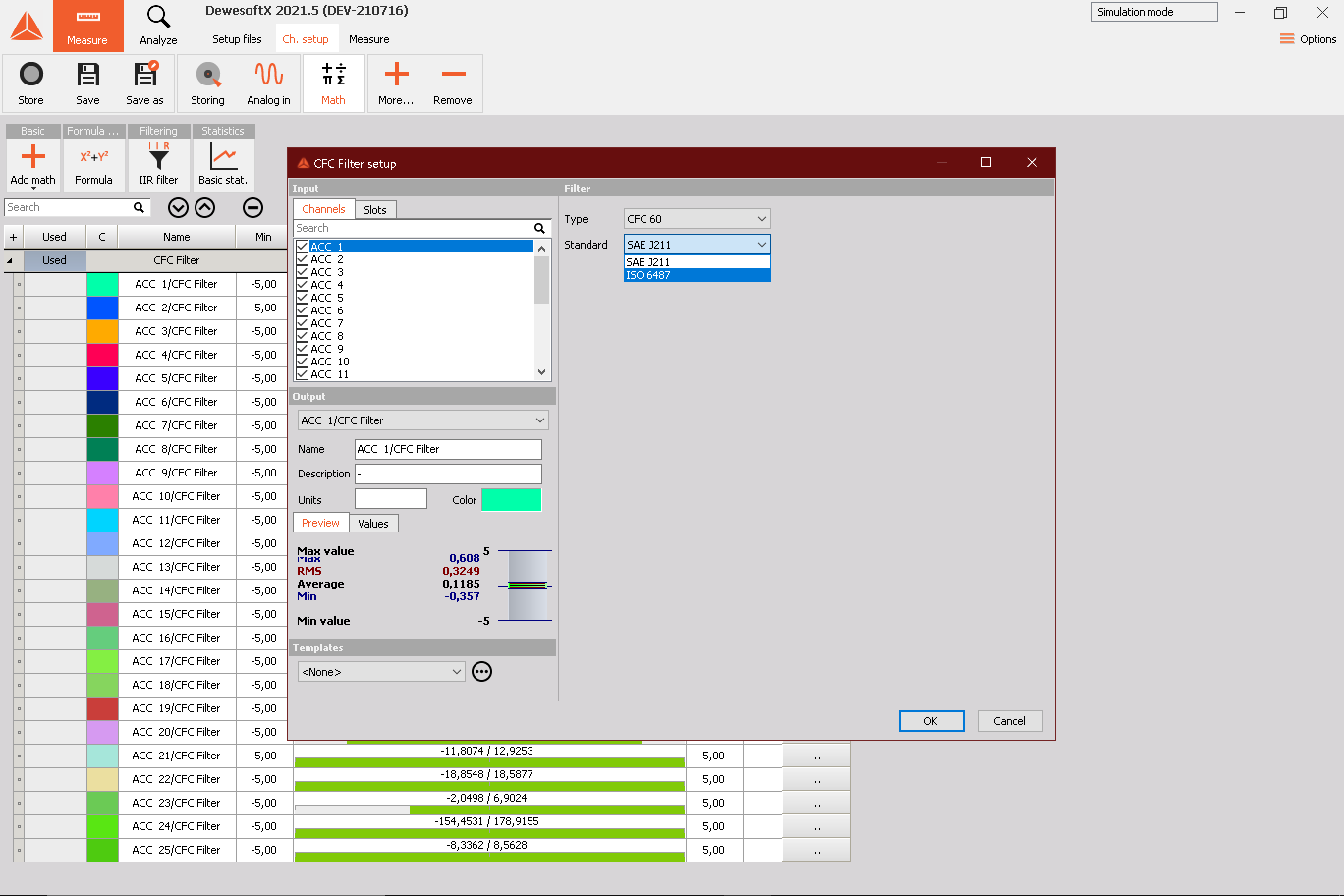 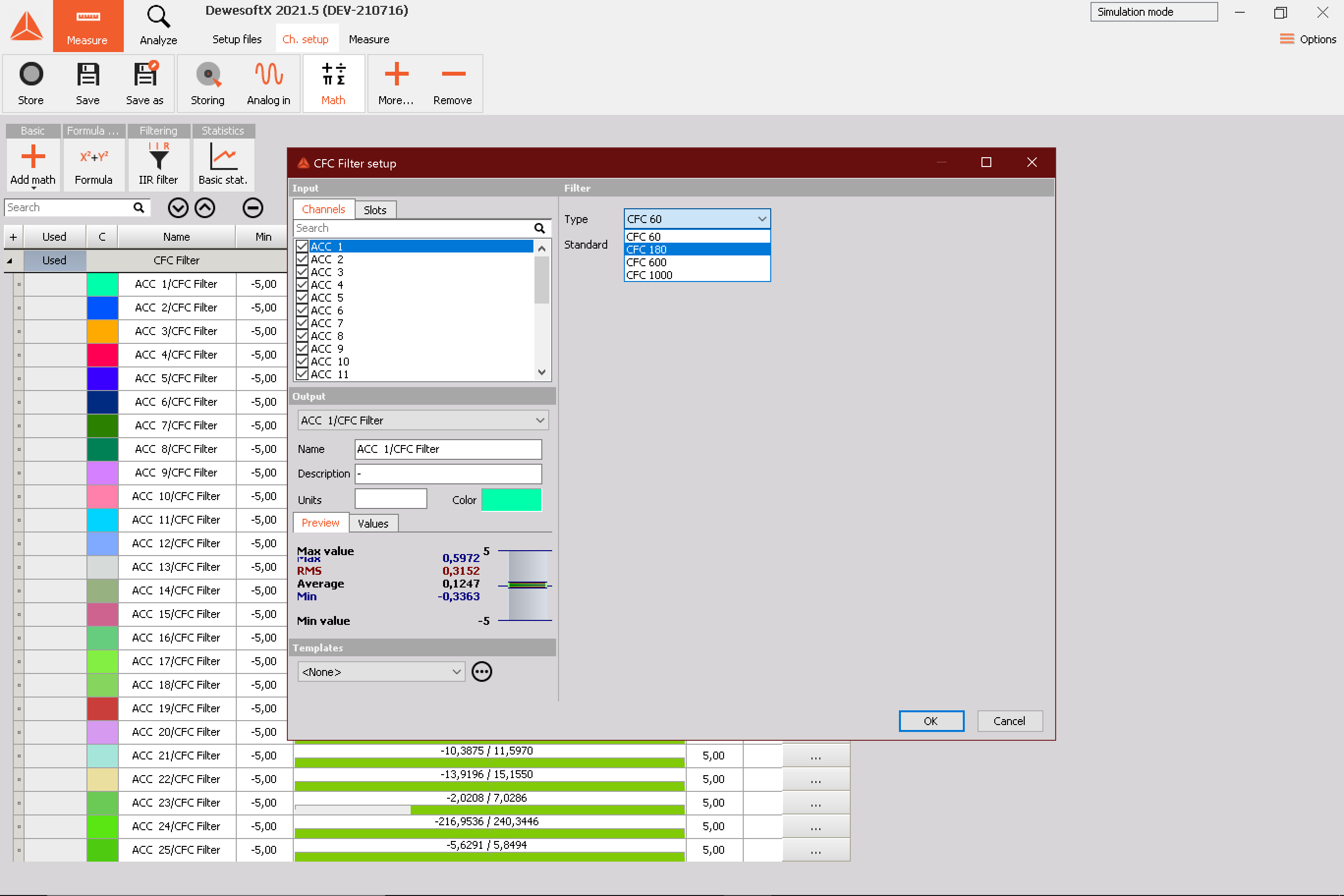 After the calculation has been configured, simply go to Measure and display the filtered output using Recorder widget:

In order to perform multiple calculations at the same time using different standards or filter types, simply add another instance of the CFC filter math: 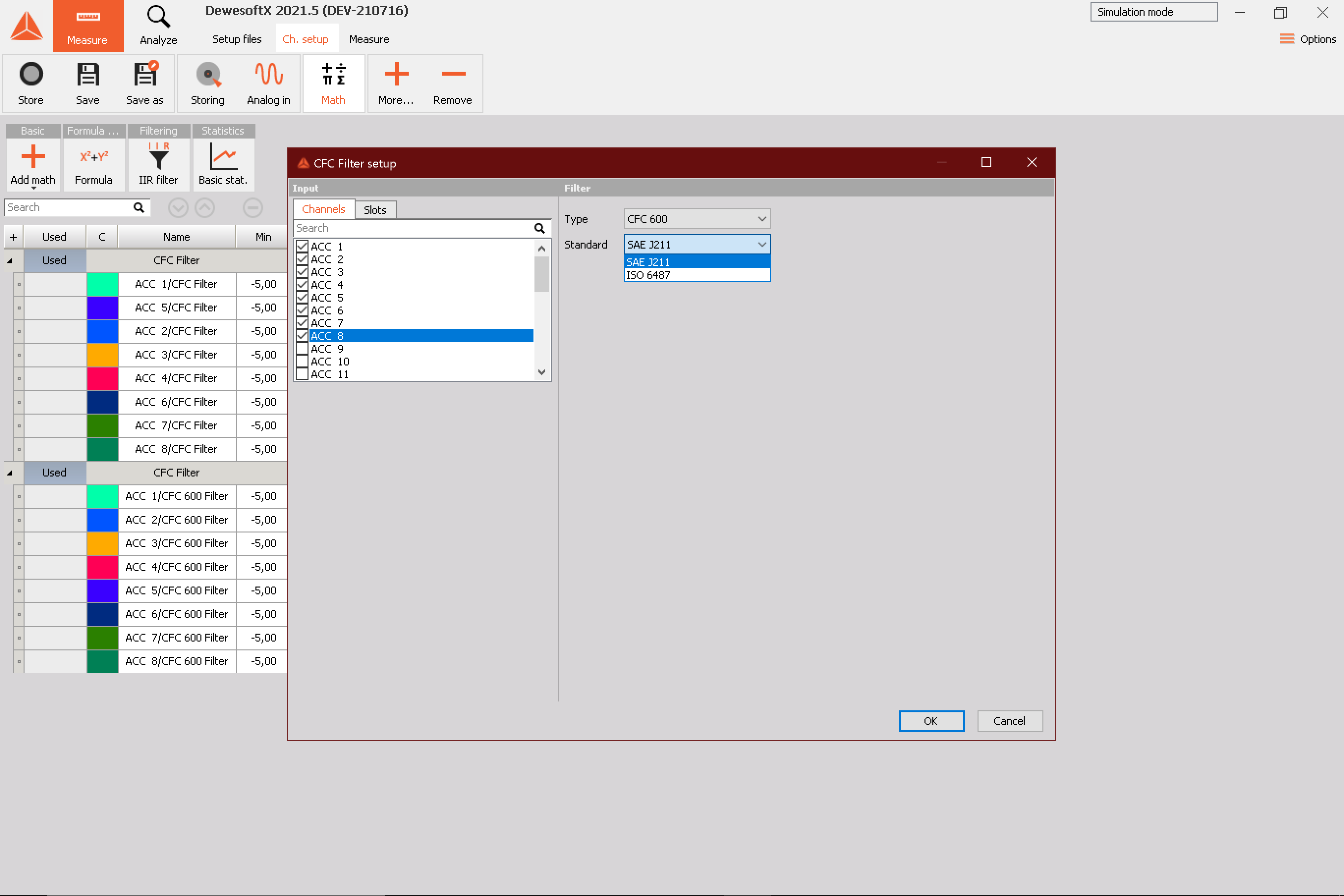